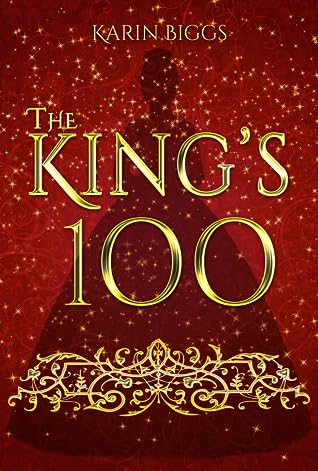 *I received an ARC in exchange for an honest review*

The premise: Sixteen-year-old Piper Parish, princess of the loveless, STEM-only kingdom of Capalon, is a disappointment to her citizens and to her older sister, the queen. When Piper receives an anonymous note stating her mother is still alive and living in the enemy kingdom of Mondaria, Piper chooses to risk death in effort to prove once and for all that she’s not just the queen’s defective little sister. With the companionship of Chip, a piece of tech embedded in her wrist, Piper flees Capalon and enters a world where love and emotional expression are unrestricted.

Posing as a singer for the enemy king’s court of performers, the King’s 100, Piper risks death if she is revealed to be the Capalon princess, but discovers that living a life without the freedom to love might actually be the most dangerous risk of all.

The King’s 100 is a glittering sci-fi love story woven among the camaraderie singers, drummers and magicians by debut author, Karin Biggs.

My review: 4/5 stars. I love books like The Selection, with royalty and big ball gowns and Love, so I was excited to read Karin Bigg’s The King’s 100. If you’re looking for a light-hearted romance, with just enough science fiction for flavor, but not enough to be overpowering or confusing, this is a good book for you. The premises are relatively simple– two opposite, and rival, Lands (Capalon and Mondaria– interestingly similar to Capulet and Montague from Romeo and Juliet… coincidence? I think not. Also look for other fairy tale references, such as Cinderella). A Capalon princess searches for her dead (or is she?) mother, the queen. But of course to look for her, Capalon Princess Piper has to go to Mondaria. The differences between the two “Lands” initially felt oversimplified, but was ultimately apt in creating a sense of the two kingdoms and driving home themes later on.

The characterization was well done, so much so that I didn’t realize it was happening (which is a feat, since I often pick up on these things as an author). It was also unexpected since the world-building felt so obvious (not necessarily in a bad way). Part of it, I think, is that the characterization relied partially on the world building (ie Piper is logical because Capalons are). Nonetheless, the characters felt whole and realistic, without being cookie-cutter. It was easy to root for Piper, even during the “scary-movie-situations” where you’re saying “don’t go down the dark stairs” and the character does anyway.

In the same vein, I tend to hate when characters withhold information, deny/lie about their feelings, or generally have issues that could be fixed with talking. From a plot perspective, and in terms of the world, I get it. But its still frustrating. Similarly, while the distinct differences of the Lands made sense in terms of world building, a bit of nuance would have been wonderful. Especially as a researcher I know science isn’t that logical, given the need to infer and interpret, biases in publishing, and the arbitrary nature of statistics. But even with that aside, it would have been nice (namely more realistic and believable) for it to be Capalon-scientists-who-are-logical-except-they-love-cake or Mondarians-who-are-emotional-except-really-into-being-fiscally-responsible.

I have to say, the ending was amazing and made me like the characters and worlds more than I thought I would. There was enough closure to be satisfied, but enough left unresolved that the ending 1) was thought-provoking and 2) feels like the world continues on beyond the story, as it should. Not only was it a great way to end, it lent credibility to both the world and the story. Additionally, the plot was predictable enough that it both made sense and was satisfying, while also having enough novelties to be unique.

Overall, a great debut from Karin Biggs! I can’t wait to see what she writes next!