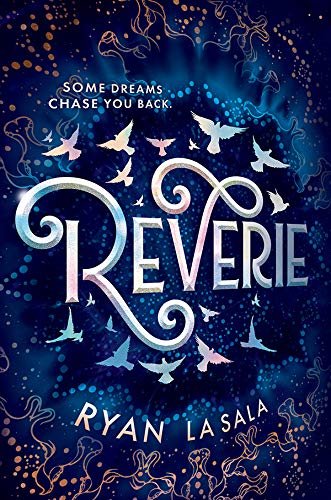 All Kane Montgomery knows for certain is that the police found him half-dead in the river. He can’t remember anything since an accident robbed him of his memories a few weeks ago. And the world feels different—reality itself seems different.

So when three of his classmates claim to be his friends and the only people who can tell him what’s truly going on, he doesn’t know what to believe or who he can trust. But as he and the others are dragged into unimaginable worlds that materialize out of nowhere—the gym warps into a subterranean temple, a historical home nearby blooms into a Victorian romance rife with scandal and sorcery—Kane realizes that nothing in his life is an accident, and only he can stop their world from unraveling.

My review: Overall, 4.5/5 stars! I got this book on Amazon after seeing Ryan La Sala on Twitter, especially the beautiful book cover and the fact that he said he studied neuroscience like me.

For anyone wanting to write a LGBTQIA+ book the right way, use this as your guide. The tension was high, the characters well-rounded, and the plot intriguing and satisfying. The premise alone is such a unique take on magical powers and reality. I struggled a with a few things that prevented me from giving it 5 stars, but I think many others would find it a 5 star book.

Descriptions and dialogue were beautiful and well-written. La Sala is clearly a talented writer, creating prose as magical as his worlds. This also helps cement the vibrant characters and premise. Moreover, this book is LGBTQ+ in all the best ways. Sexuality feels intrinsic to the characters, not just something added for Characterization or to make the book Diverse. In the same way, sexuality is obviously important to the characters but it does not take over as the Most Important Thing, nor should it. In the same vein, where many authors struggle to have their characters directing the plot, Kane and his friends have a refreshing amount of autonomy. They are clearly in control of causing the ending, even though they (obviously) have to struggle to get there. Rather than the plot being something that happens *to* them, its something that happens *because of* them. This is something that often separates good from great writers, so props to La Sala on this.

Continuing on the theme of plot, I was really satisfied with the ending. It was fitting and well-done, with aspects from the beginning (like the diner) that help it feel at-home. Furthermore, there is enough plot twist where things aren’t too predictable, while the twists stay realistic and fitting so they don’t seem out-of-place or solely for throwing the reader off.

I think the ideas of memory and its role in personality/identity was a cool theme that could have been pulled from La Sala’s studies of Neuroscience. Furthermore, the ideas of perception, dreams (and lucidity), grounding (identifying reality), and more were well done.

The small details made this book feel authentic and unique, from Poesy the drag queen to Ursula’s stress baking. Each character is whole, their traits feel intrinsic to their motivations and actions, and together make up a solid, well-written story.

What I wish was different:

Who is Kane? I kept feeling like I knew him but then people would interject about how he was before he lost his memory and it was confusing. Perhaps he changed through losing his memories (as can happen) and perhaps this was to intensify his character arc, but there were a few times I felt a little lost. Then again, this plays into what I said earlier about themes of identity in the midst of memory loss, so perhaps it was intentional that way.

One thing I struggle with in a lot of fantasy books, and others too, is that initially the plot can feel arbitrary. Later on, once the characters and world are apparent, this goes away, but at the beginning *why* characters do certain things (and especially why they do that over something else) often trips me up. This only happened a few times (I won’t go into detail to prevent spoilers) but took me out of the story. If you aren’t bothered by this, its a 5/5 book. Even if you are, its amazing.

All in all, this was a great book that was well written with characters you want to root for, a wonderfully unique premise, and enough tension to take you through the book in one sitting.