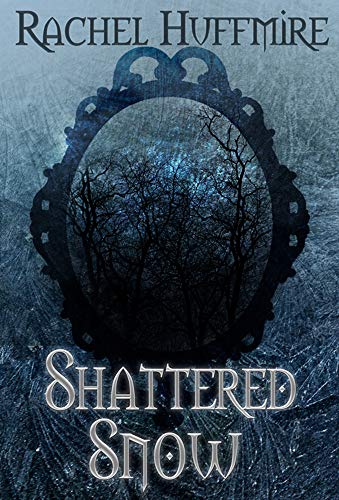 In 2069, time-travel is restricted to observation and research. But Keltson Grammar doesn’t mind breaking a few laws. Known only as “The Mirror”, Keltson runs an underground empire that rescues unfortunate souls throughout history. However, a single misstep could send an entire agency to reinstate his clients to their original dismal fates.
Lilia Vaschenko is a Russian mechanic surrounded by cinderblock towers, ladders she cannot climb, and a glass ceiling that holds her down like a casket. She’ll do anything to escape— even work for the world’s most wanted renegade.
Margaretha is a young countess, destined to be poisoned at twenty-one. But when she discovers a mysterious mirror in the woods that transforms the world into shadows and ice, her future shatters. Chased from her familiar home, will she ever find where she truly belongs?

The book comes out on Tuesday the 8th! Catch the online release party here.

You can pre-order the book on Kindle now, here.

**I received an ARC in exchange for an honest review**

I want to preface this by saying I normally do not like time travel books. There’s the Grandfather paradox and alternative realities that complicate things. Many times time-travel books solve their problems in the end with some rule that had ‘always been there’ but conveniently was never mentioned. Also, keeping track of everyone is infinitely harder with different time frames. I also, recently, tend to prefer contemporary fiction, simply because there’s less world-building to slog through.

Having said that, this book does a great job with setting up rules and sticking to them. Of keeping world building relatively subdued but understandable. Within the first few pages we get a good idea of what’s going on without being bored by description. Part of this comes from my favorite part of the book, the quotes/journal entries/etc at the beginning of each chapter, along with the dates. There are clear character arcs and each character feels unique and dynamic.

The descriptions were really well done. Very vibrant and easy to read. I was able to read this book in basically one sitting which attests to its pacing, stakes, and characters.

One thing I struggled with, though, especially at the beginning, was the dialogue. It felt too “on the nose’ (ie too much information in a way that people don’t really talk, functioning as a way to inform the reader but lacking in naturalness). For example, I really, really hated the word ‘na (ie I did’na quit my day job). It took me a while to understand it and even when I got that it stood for not, it felt awkward and kept tripping me up.

All in all, Huffmire is a talented author and this is a great debut book– I can’t wait to read more of what she writes and I recommend you check out this book, especially if you love time travel and historical fiction.

There are some things I really wanted to like but couldn’t. For example, as much as I love feminism, back then a strong woman ordering a count around, especially at their first meeting, would not go over well. Even if he is a great guy. It’s just the power of social norms, sorry. He would at least be taken aback. It took me out of the story because it just wasn’t believable. (As much as I wanted to, I really did.)

I felt that the Mirror’s underlying motives for the whole operation was somewhat lacking. He wants money to keep the program going, sure, but the rest he’s just doing out of the goodness of his heart? I buy this more as the story goes on but not much at the beginning and not as much as I would like. Also, what makes him so committed to random people, like Bianka, enough that he would undergo a split? Again, I see glimpses of the answer but would have liked a bit more.

I enjoyed the fairy tale ending (with the brothers Grimm) immensely. This was both clever and satisfying. I also liked the Mirror coming to care for Bianka at the end. This helped the book not only plot wise and character wise, but also felt right– not forced nor out-of-the-blue nor predictable. Finally, I liked that the end was wrapped up but still open in some ways (for a sequel perhaps??) Can’t wait to read it, if so.

If you would like to have your book reviewed or featured, check out my requirements and contact me.

One thought on “Review of Shattered Snow by Rachel Huffmire”