Graduation (and summer) are upon us! The best part is, of course, that I now have time to read for fun.  I have complied a list of newly-released YA books that look like compelling summer reads. Although, with everything graduation-related going on, I haven’t had time to read these books yet, so I am merely basing my judgement on book cover and synopsis (despite what I’ve been told about not making judgement on appearances…)

If you’re looking for a book, also check out my post of  13 YA Novels for Older Readers.

SALT TO THE SEA BY RUTH SEPETYS

With her latest novel, Ruth Sepetys once again delves into a little-known corner of history: the sinking of the Wilhelm Gustloff. A shockingly unsung casualty of World War II, this is the single greatest maritime disaster in history — far deadlier than the tragedies of the Titanic and the Lusitania combined — but remains largely unfamiliar in our collective consciousness. Oh, and there’s a love story, so it’s like the YA book version of Titanic.

THE SQUARE ROOT OF SUMMER BY HARRIET REUTER HAPGOOD

Harriet Reuter Hapgood’s debut novel is described as “a contemporary YA romance with a time-travel twist.” It’s been anticipated since last March, when eight (!) publishers fought over the manuscript, which follows a physics prodigy trying to make sense of her life as her past, present, and future collide when her seaside town plays host to a cluster of black holes. 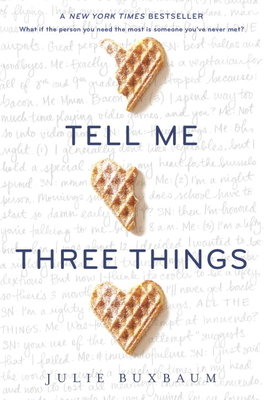 Early reviews on this one are glowing… Recommended for fans of YA powerhouses Rainbow Rowell and E. Lockhart, Buxbaum’s debut mingles the comic and the tragic in a story about fish-out-of-water Jessie, navigating a complicated new life in Los Angeles with only a mysterious email entity named Somebody/Nobody to guide her. 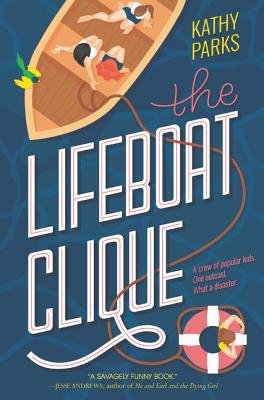 The premise is John Hughes-ian. A girl named Denver sneaks into a Malibu beach party attended by her enemies (but also her tempting crush, who has finally asked her out) when a tsunami hits the California coast. She escapes death only to be stuck in a lifeboat with the very people she’s dying to avoid. The darkly comic story is picking up every superlative — weirdest, wittiest, you get the idea — and though the premise is surreal, word is the characters feel very real.

In her long-awaited sequel to last year’s #1 New York Times-bestselling Red Queen, 26-year-old author Victoria Aveyard gives us the next chapter of Mare’s story as she recruits an army of Red-and-Silver fighters. Check our interview with Victoria here and be sure to pick up a copy of Glass Sword, because if it’s anything like Red Queen, it’s going to be life-changing.